Graffiti, Mirrors, Statues, Architecture and Dolls with Fangs ... Prague has it all!

For my last installment on photos from Prague, let's visit some more contemporary sites and revel in some more random shots to give you the flavor of this predominantly classic European architectural wonderland. You will find those who say Prague is overrated, overcrowded, architecturally unimaginative ... I agree only with the middle sentiment, but encourage anyone to visit regardless. To be sure, if medieval architecture bores you, you may not have quite as splendid a time as I did, but there's always an awful lot of mighty fine beer. :)

The John Lennon Wall (mostly referred to as the Lennon Wall) has existed for a few decades now, a symbol of peace in a city who has gained freedom from the Cold War era's communist iron fist less than 30 years ago. Originally painted with a portrait of its namesake, now people write and paint perpetually; if you made a time-laps photo over a year it would look like a kaleidoscope changing color and shape. When I visited it the second time when Erik and I concluded our Central European journey, it was virtually unrecognizable from when I first saw it only three and half weeks earlier. It had transformed almost completely. 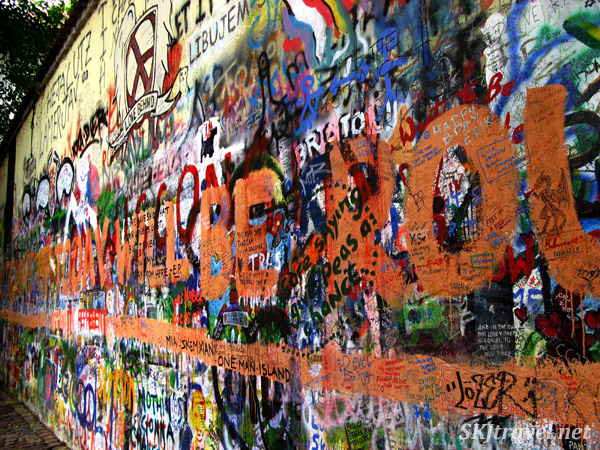 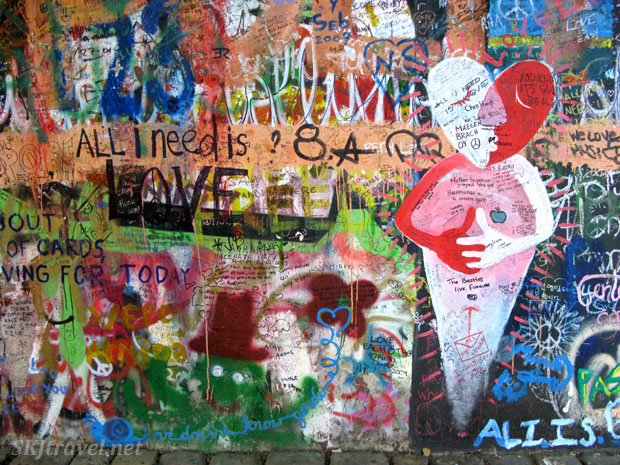 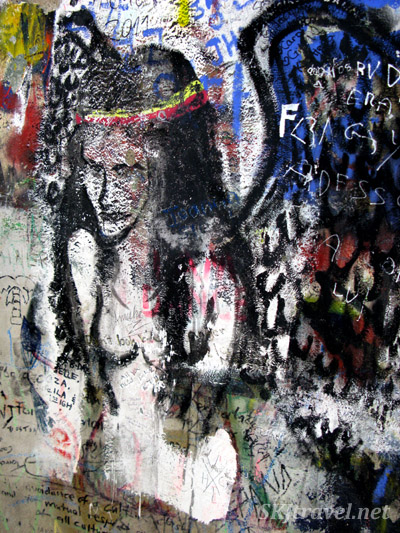 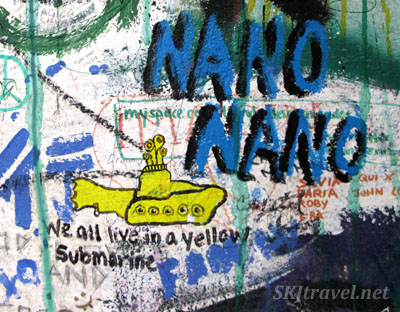 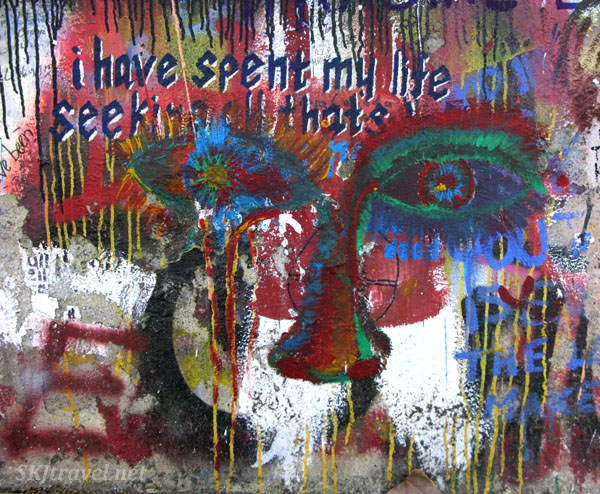 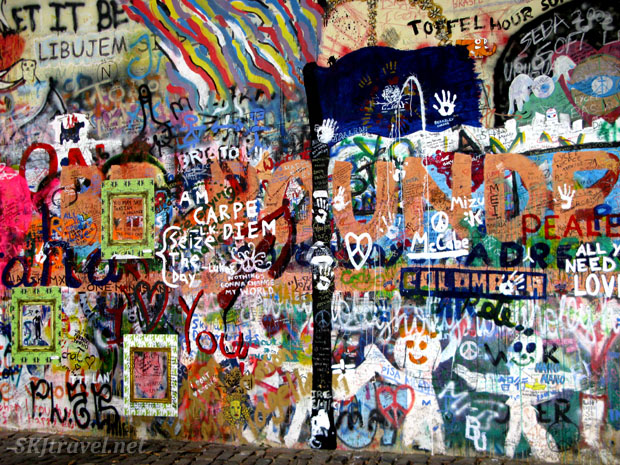 And here are some other random wall drawings. Something fun around every corner in Prague. 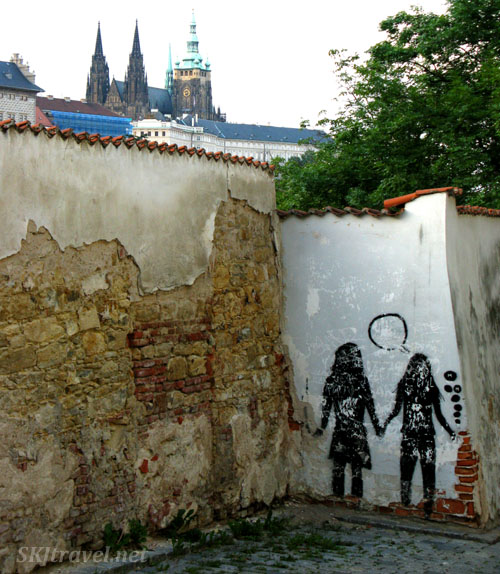 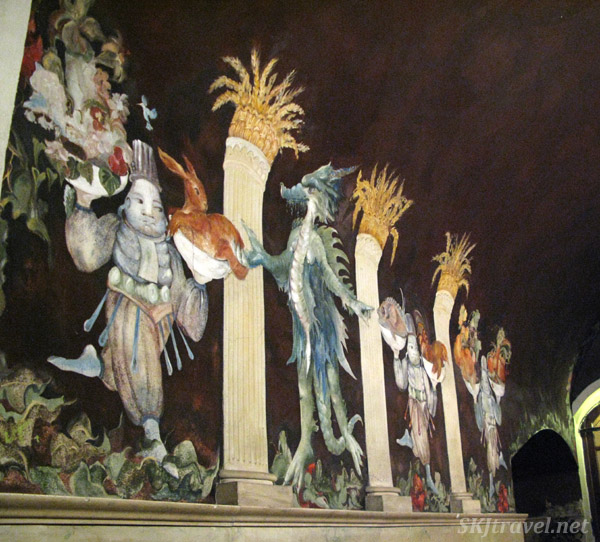 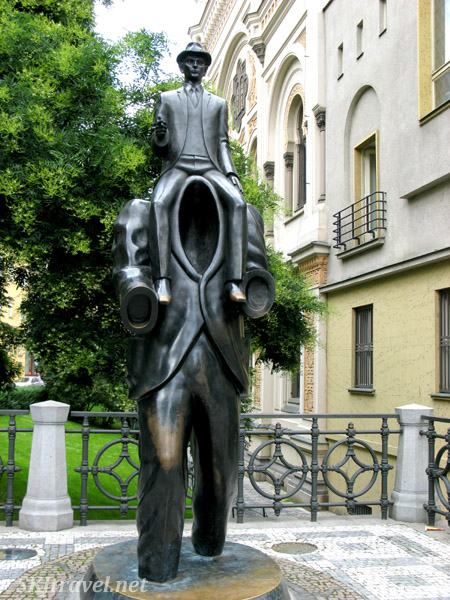 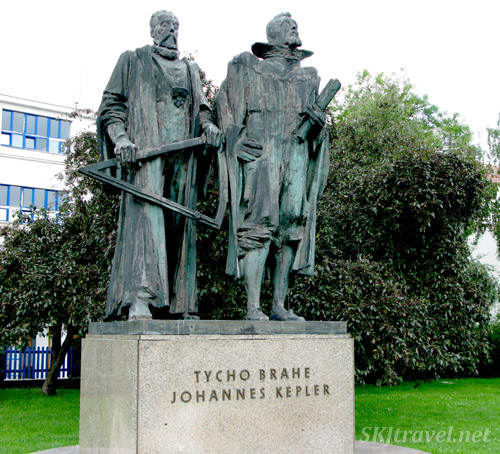 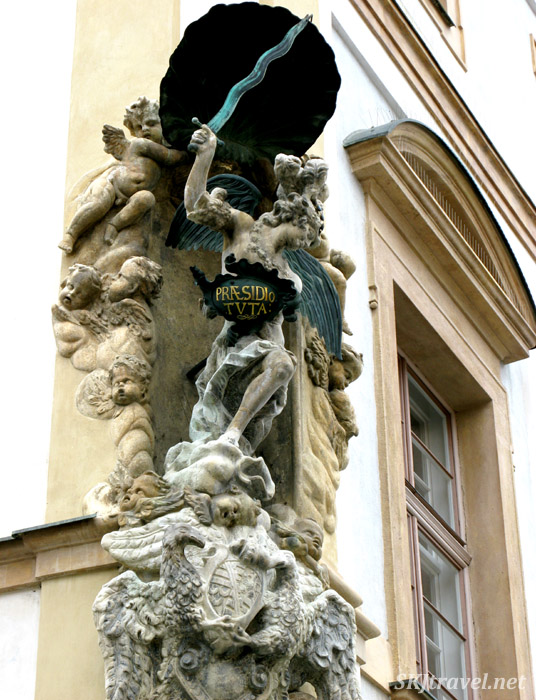 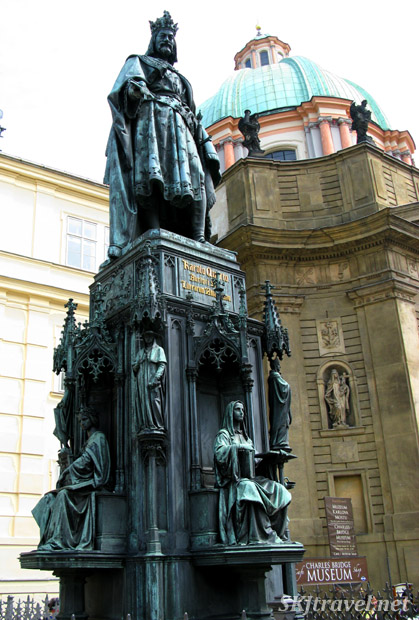 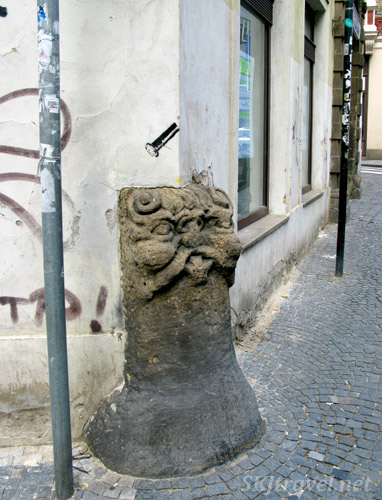 Lots of good doors, too, and doorknockers and knobs ... from super ornate, to old and weathered, to a little bit whimsical. Here is a tiny selection ... 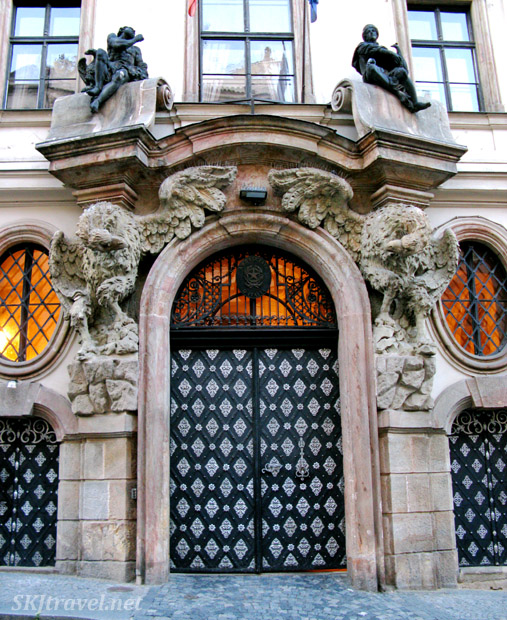 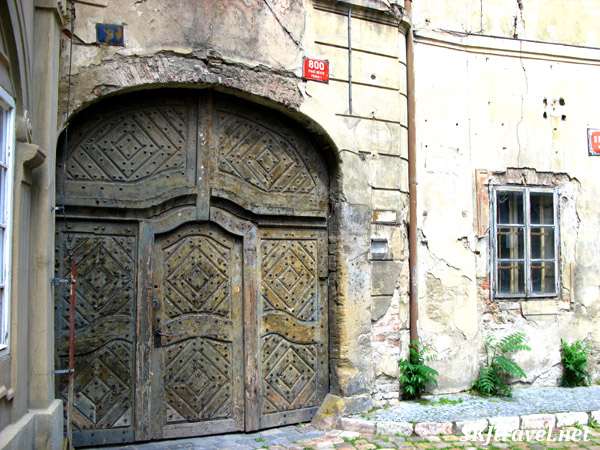 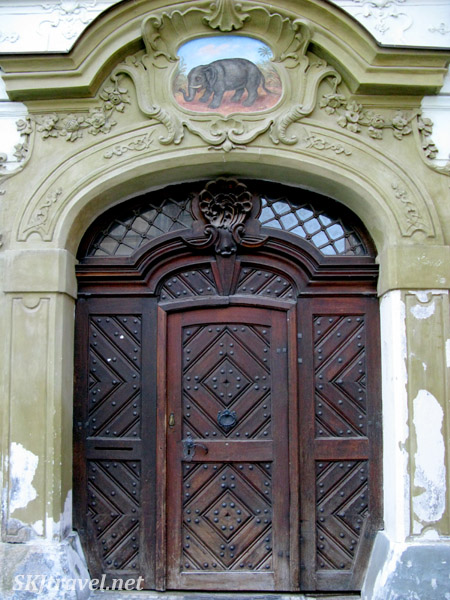 A now a wee taste of more modern Prague, with some interesting architecture in the first two photos below. After that are some shots from the Kampa Museum, a museum of modern art. Outside are several installations of mirror sculptures that really turn your view of the world upside down, sideways, and every direction in between. I of course am standing normally vertical to take the photos (too early in the day to have any kind of inebriation tilt ... ha ha) ... but it might take you a minute to figure them out! 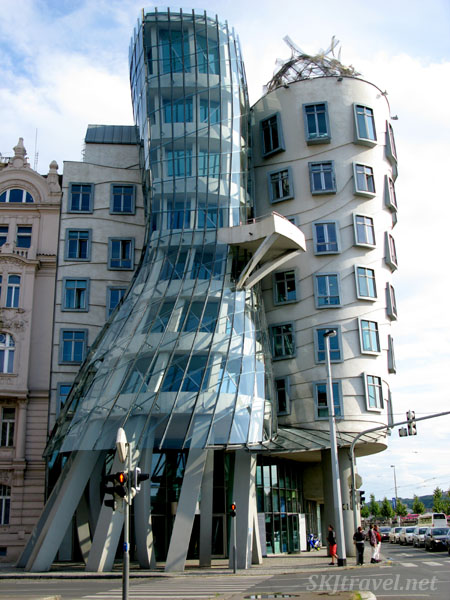 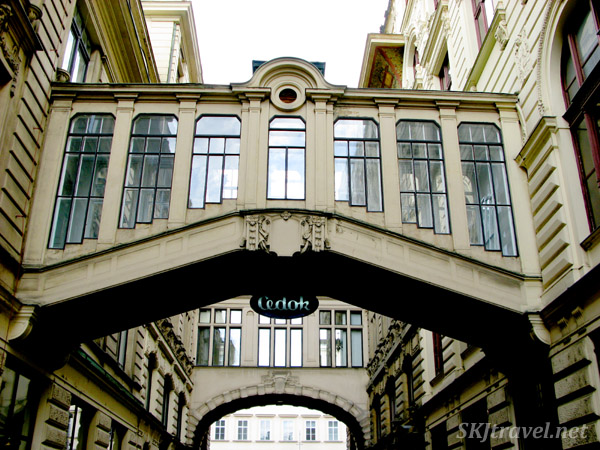 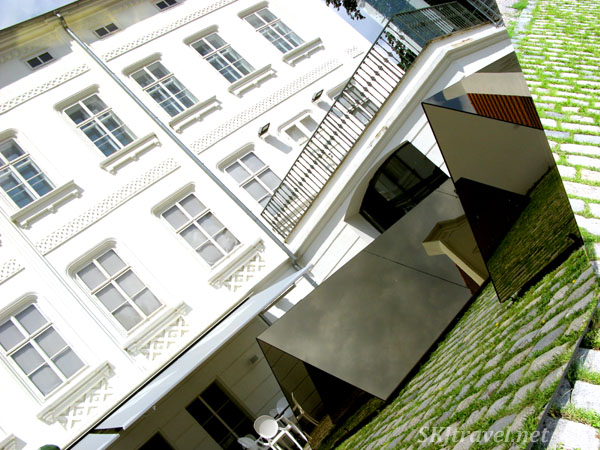 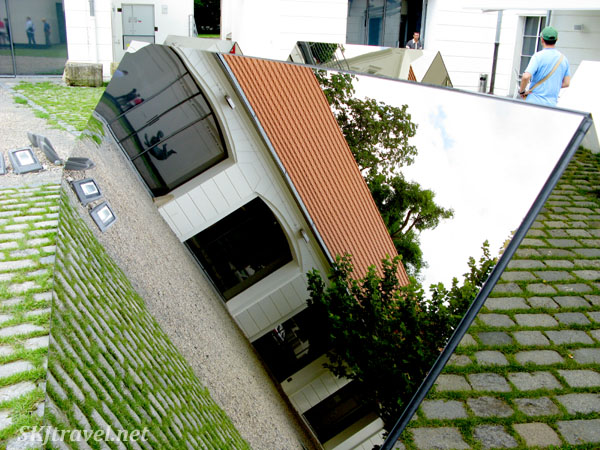 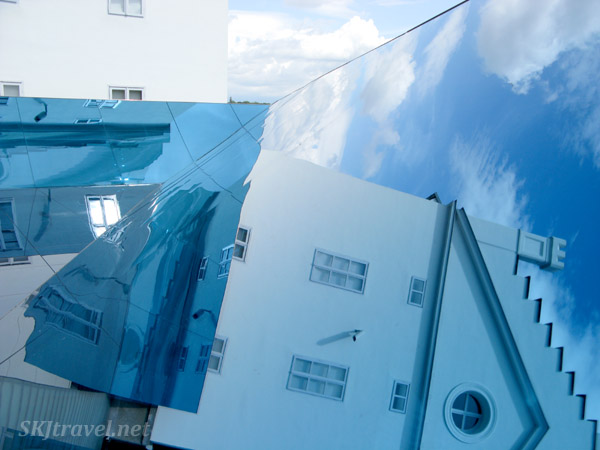 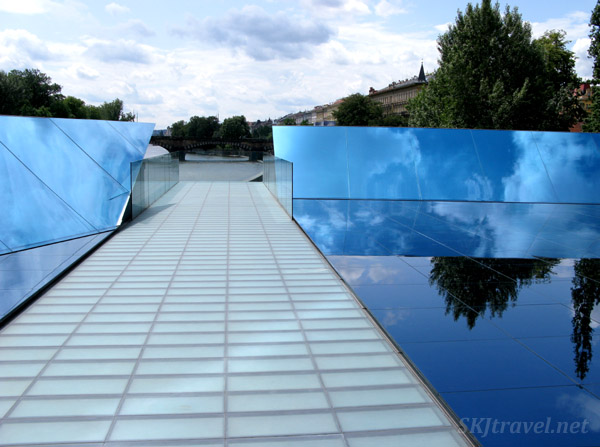 Some other shots around town. Just everywhere you look, there is something picturesque. It's not really my intention to be a guidebook; I'm showing you the world as I see it. So I'll forgo an explanation of every shot. But just imagine yourself surrounded by interesting things wherever you go. Well, interesting in my estimation. 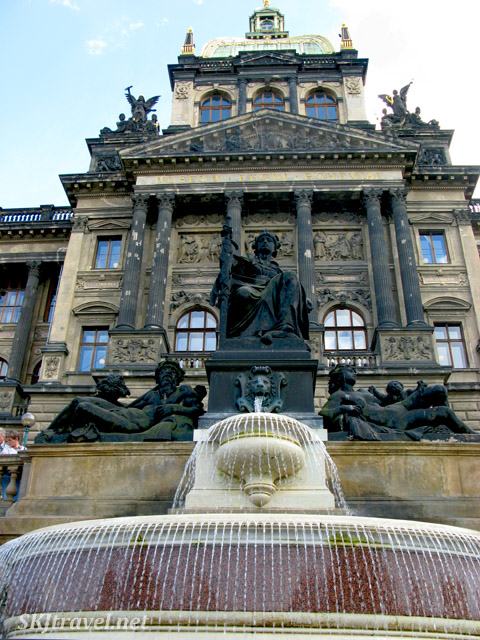 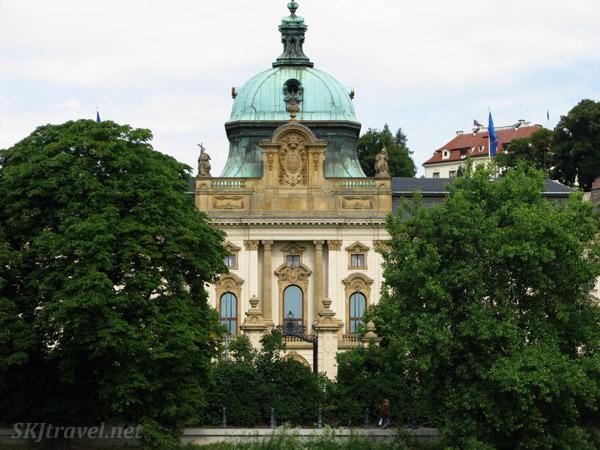 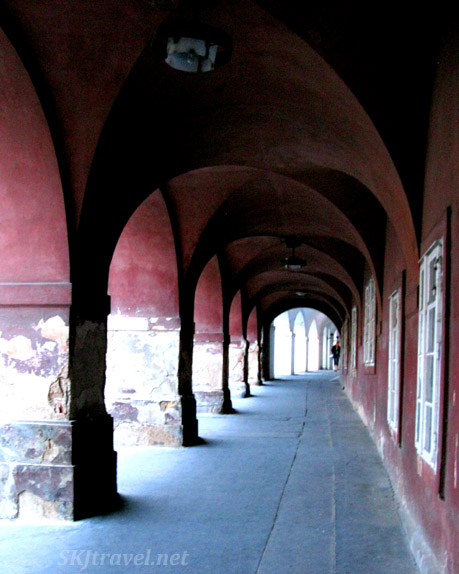 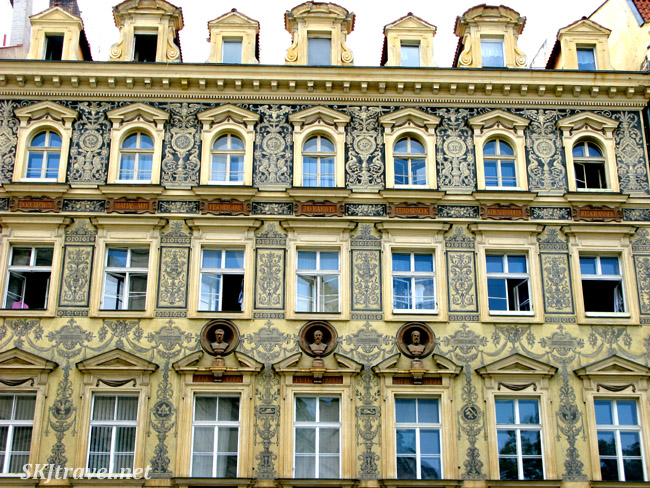 This is a poster with the icon for the Communist Museum. It was a very informative display and I'd recommend it to anyone. But I have to say, what I love most about it is the evil little nesting doll that represents it. I even bought a shirt with this picture on it. 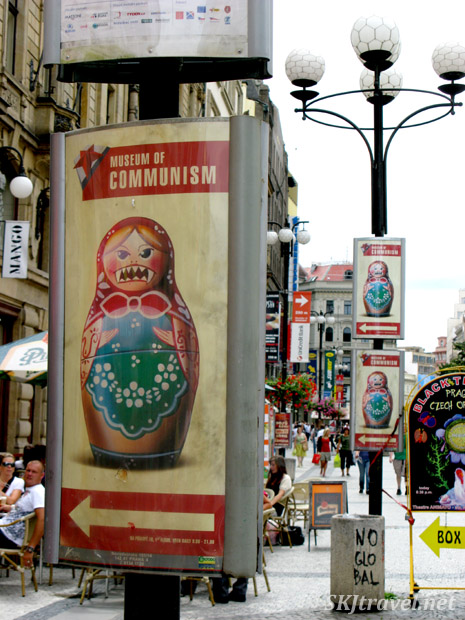 A fun teensy weensy car and some friends and me at dinner. 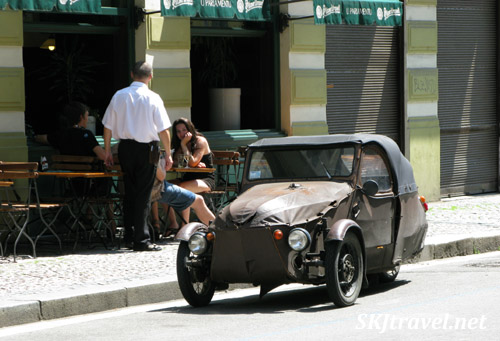 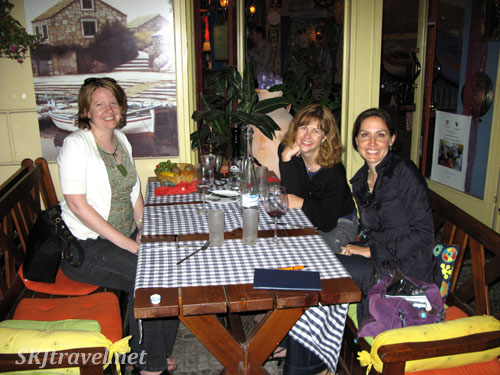 And lo and behold, you have reached the end of Shara's 3-part romp through Prague! Hope you enjoyed the tour.