Onapa is my boy. I’m completely smitten with him. He is brimming with character. He is his own man, he is insatiably curious, he’s very playful and yet also very relaxed. He is the easiest chimp to identify by behavior alone. 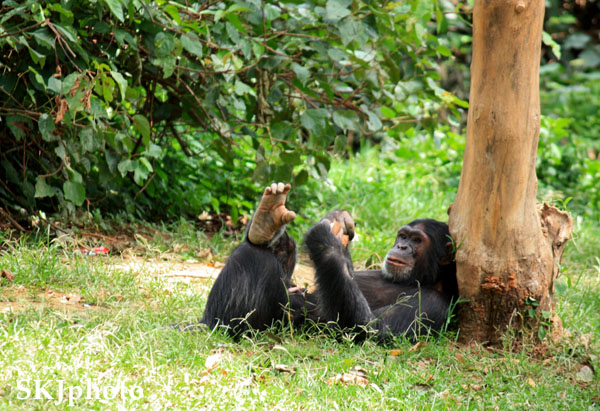 As the youngest male in the group, he is often harassed. He arrived at the UWEC already frightful of other chimps, of being beaten by them. This is largely why he hangs back during the morning feedings, so he doesn’t get in any scraps over the porridge. The zookeepers often have to make special efforts to ensure he gets porridge and bananas (see the incident with Aluma, for example). One time I accidentally locked him inside the tunnel between the night house and the island because he was hanging so far behind. One might get the wrong impression that he is a timid chimp by his breakfast behavior. But once he gets on the island, he blossoms into his full personality. 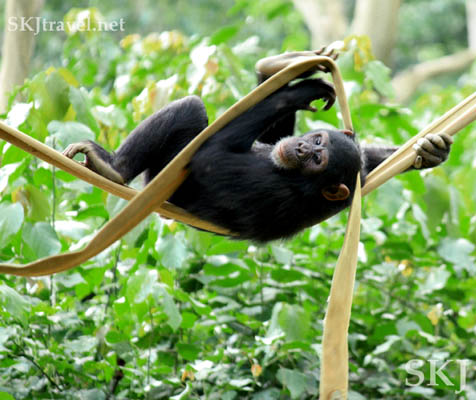 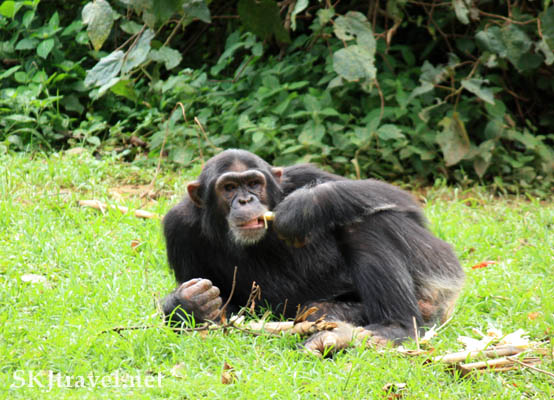 You might not guess from his totally relaxed, casual poses as he lies about the island, nor considering his very low place on the social totem pole, that he’s a trouble-maker. He tends to be submissive to the right people (that is to say, the right chimps), but to those whom he can safely (in relative terms) antagonize, he does so gleefully. 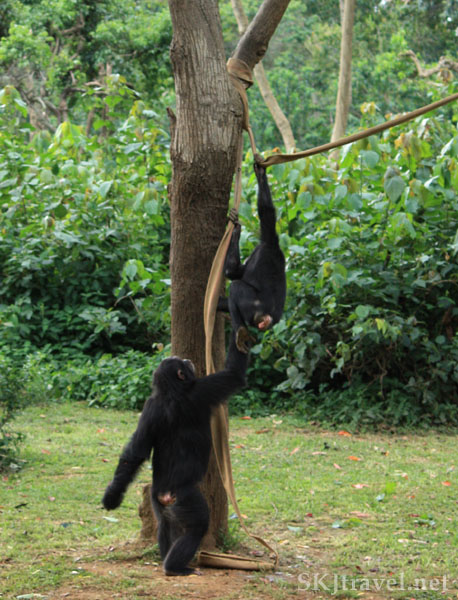 He often displays around the female chimps or even when alone he sometimes just ups and starts running around or picks up a branch and starts thrashing it on the ground. One time in frustration over a piece of sugar cane being stolen from him, even though the perpetrator and all other chimps had disappeared into the bushes, Onapa grabbed a large branch and started running back and forth across the shoreline of the moat with it, slapping it on the ground. When I say running, I mean bipedal running like a human. Because he couldn’t take out his frustration on another chimp, he got his energy out with this branch. 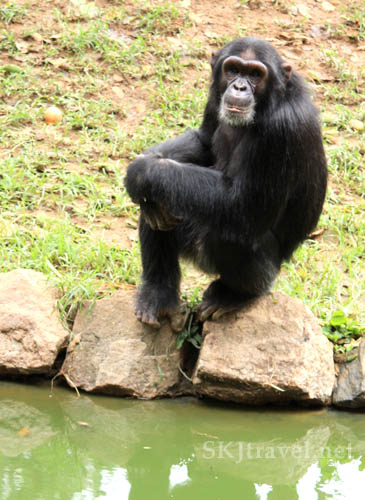 Onapa by far had the best time with all the clothing I bought for the chimps. Of all the chimps, I think any kind of enrichment item or activity benefits him the most. He is a little devil, to be sure. He steals things from the keepers. One time when two of the keepers were on the island with him, he ripped their uniforms to shreds. One of them said, “It’s a good thing I had on tight underwear or that would have really been a day to remember.” 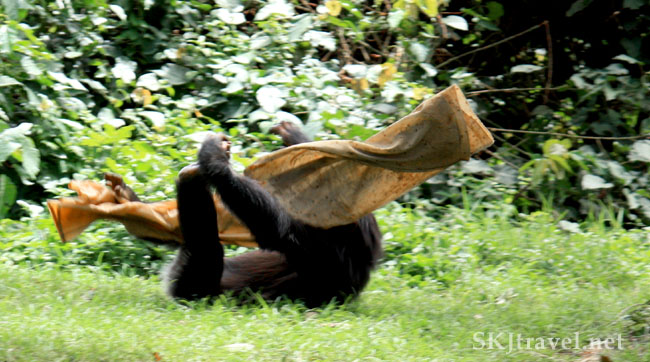 Part of what I love about his character is the contradictions … relaxed, playful, frightened, troublesome, stubborn, curious. He is a complex creature. 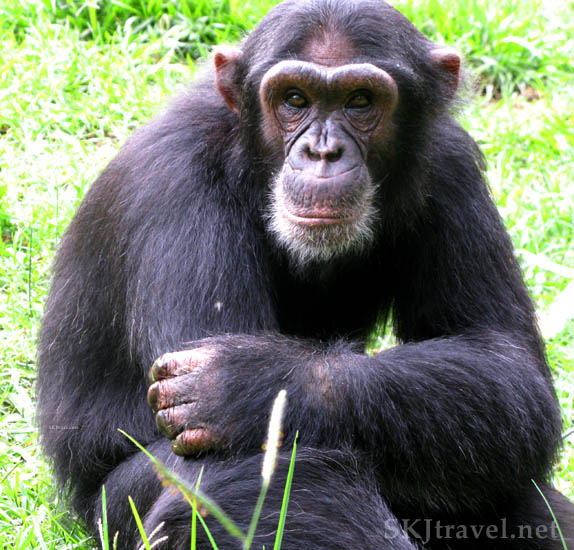