What am I doing in Uganda?


>Articles and Interviews about Uganda by SKJ

- "Notes on Uganda: Culture, Couchsurfing and Volunteering with Orphaned Chimps" at Epicure & Culture
- Audio Podcast:  Volunteer Travel in Uganda episode 360 an interview about experiences in Uganda at  Amateur Traveler
- "Witch Doctor on the Moon" at GoNomad
- "How to Keep Your Hanky Handy:  12 Tips for Surviving Uganda's Public Transportation" at Bootsnall
- "Top 6 Animal Encounters in Uganda" at Holiday Nomad
- "My Moment in the Sunshine" at Matt Gibson
- "Monkey Mania: Cheeky Vervet Monkeys in Uganda" at Monkeys and Mountains
- "Travel Uganda: Shara Johnson of SKJ Travel" an interview on traveling in Uganda  at TraveLinkSites
- "Shara's Unforgettable Travel Experience: Mountain Gorillas in Uganda" at Travel - Moments in Time
- "UNESCO World Heritage Site: Bwindi Impenetrable National Park" at UNESCO Geek


I spent a month as a volunteer at the Uganda Wildlife Education Center in Entebbe. Mostly I worked with the chimpanzees, feeding and observing them. The UWEC is the only sanctuary in the country to take in orphaned wildlife; they have traveled all over the country to rescue animals. There are no rehab and release programs or sanctuaries, so the animals become citizens of the UWEC. The center is then open to the public for viewing, and is also known as the Entebbe zoo. As an underfunded entity in a Third World country, it's a fairly primitive operation, and yet, I hope you will see from my stories the care the zookeepers bestow on their animals to the best of their abilities. My posts from the UWEC detail my daily life there among the animals and particularly the chimpanzees.

After my month was up, I spent 2 weeks traveling independently, hitting several of the country's main attractions, such as the mountain gorillas in Bwindi Impenetrable Forest national park, the lower Rwenzori mountain range (commonly referred to as the Mountains of the Moon), Queen Elizabeth National Park, and Lake Bunyoni. I also squeezed in some chimp tracking in the wild and a trip to Murchison Falls. These excursions are all chronicled in text and photos; scroll down near the bottom of the list here for these adventures.

Hope you enjoy a vicarious adventure with me through Uganda.


Posts in Chronological Order (as I wrote):

I arrive at the UWEC and settle into my apartment. I'm greeted by creepy bugs and an unlikely phone call.

I name my six-legged roommate and am pursued in the darkness by an unexpected animal.

A camel has a crush on me and I feed a psychotic baboon.

I introduce you to some of the chimpanzees, the reason I wanted to work at UWEC, and patas monkeys.

I feed the chimps their morning porridge.

I retrieve a broom from the psychotic baboon and become enthralled with bacteria in a microscope.

I Cost About 15 Cows Wherein:

I learn about some Ugandan customs and how much I might fetch as a bride.

Hoarding ... in the Cutest Way Wherein:

I watch the chimps hoarding their goodies at feeding time and revise my bride price.

I witness the bug clouds I've only ever seen on television. (plus photo more vervets) 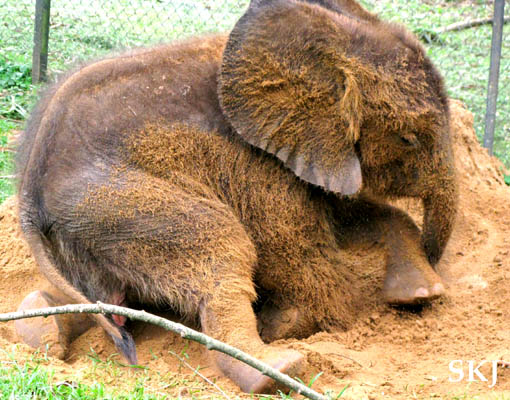 I meet Charles the baby elephant and two chimp toddlers in the vet clinic, and connect with my "mission."

I watch the chimp toddlers play with their silver food dish.

Snake!! (that is to say, adventures with humongous pythons) Wherein:

I'm forced to confront my fear of snakes by wearing an enormous python around my neck. 2 of them. Also, a look at my daily menu in Uganda.

I watch a sequence of events unfold between two vervets and a piece of mango, plus pics of blue babies, grooming trances, and lots of cuteness.

Hour in a Chimp's Life Wherein:

I photograph the chimps on their daytime island over the course of an hour to illustrate a typical day.

I post, as the title suggests, some random photos of a variety of animals from around the UWEC.

I'm in Love with Chimps Wherein:

I spend time with two of the chimps on their island, a highlight experience for me.

A Short Trip Down the Nile Wherein: 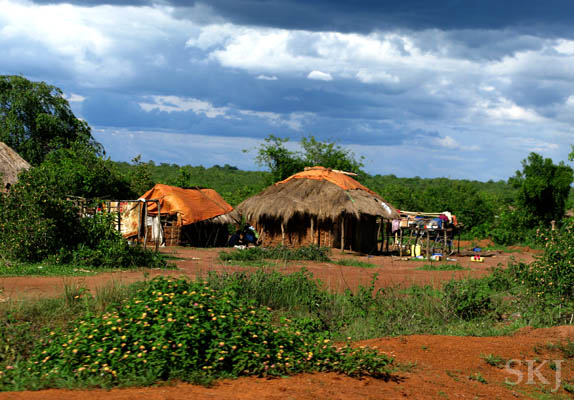 I snap some shots of the countryside from our vehicle while traveling the road to Murchison Falls and learn about the education system in Uganda and what it takes to succeed.

I show you some of the UWEC's birds and more chimps. 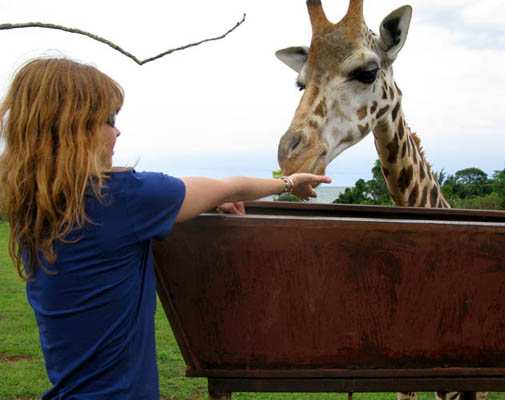 I take you through the daily zookeeper activities of feeding and caring for all the UWEC animals. 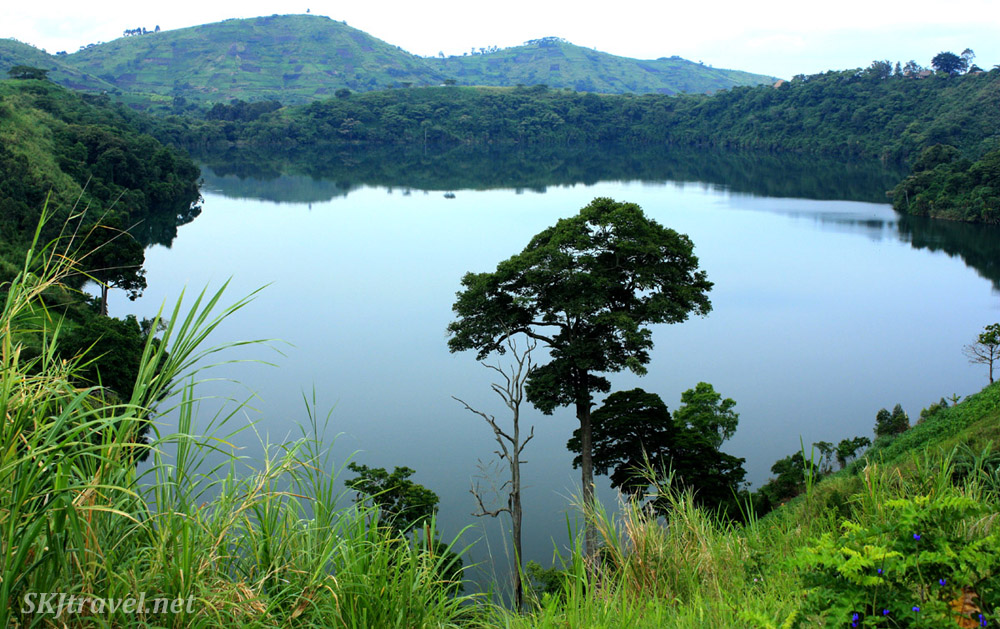 I visit Fort Portal and see the crater lakes as well as banana fields and wild gray crowned cranes.

Witch Doctors and Blacksmiths in the Rwenzori Mountains Wherein:

I hike along the lower Rwenzori Mountains at Fort Portal and have an unexpected meeting with a witch doctor. 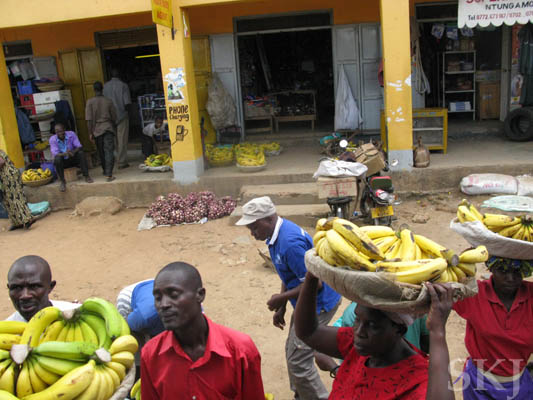 I survive public transport by bus and minivan despite claustrophobia and not peeing for 14 hours.

Salt and Sex ... Mutually Exclusive to the Salt Lake Workers in Uganda Wherein:

I meet Kasim at a salt lake and he explains the bodily hazards of working in the salt lake.

Gorilla Ambition Achieved Wherein:
I have one of the most sublime experiences of my life with the mountain gorillas of Bwindi.

Livin' it Up in QENP Wherein:
I have a wonderful safari with baby elephants, hippos, birds, and my first clear leopard sighting. 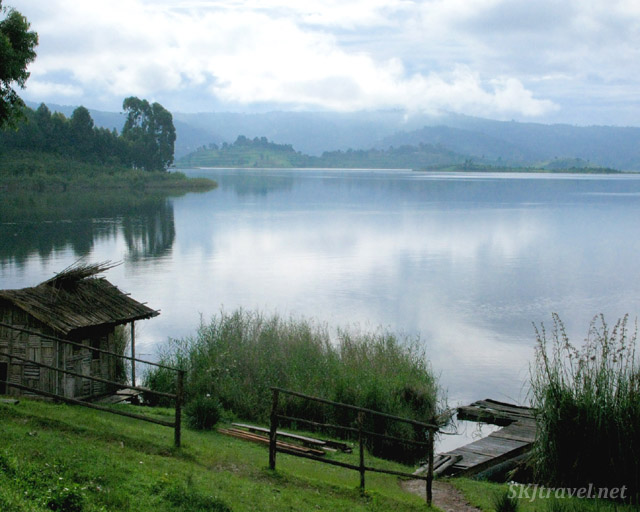 Wherein:
I end up without water or electricity at Lake Bunyoni and the school mistress takes me for a walk to glimpse the life not usually accessible to mzungus. 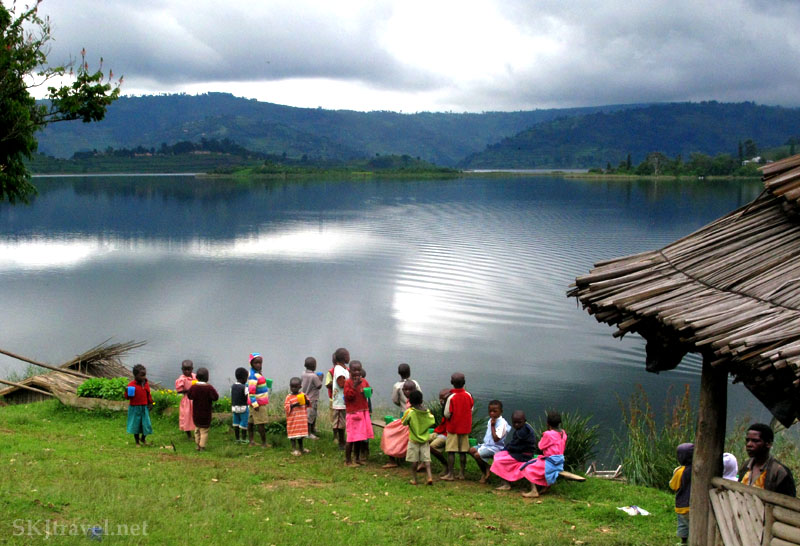 Wherein:
I gain boatloads of insight into how the typical Ugandan sees the rest of the world, by campfire.

Skirts and Shirts Wherein:
I give some clothing to the chimps for enrichment and Onapa has a field day.

The Active Chimp Wherein:
I photograph chimps as they chase and play and intimidate each other on the island.

Chimp Profiles Wherein:
I provide little personality profiles of some of my favorite chimps at the UWEC.