Vervet monkeys ... I just find these guys so photogenic, even though I have been brutally attacked for hanging out with them and shoving my camera into their little monkey lives. Some of the males can be downright scary. One bit me (fortunately I had pants on). Scores of them live on the grounds of the Uganda Wildlife Education Center (UWEC) and roam around in a pretty predictable cycle throughout the day. They are truly little pests, yet they were one of my very favorite things about living on the UWEC grounds, getting to watch them each day.

I think I mentioned in the past how they fall into such a deep trance with limp limbs when they are being groomed, and on a couple occasions I literally thought there was a dead monkey in the road when the groomer ran off at my approach leaving the groomee still lying dazed and immobile. 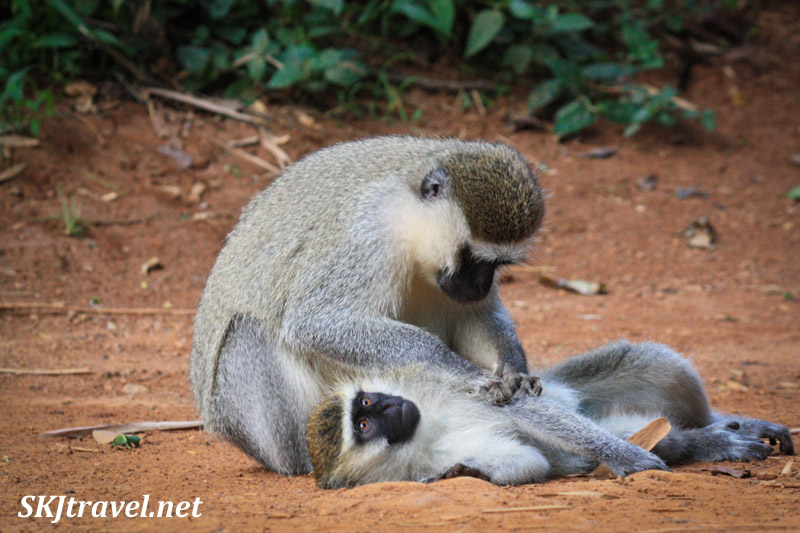 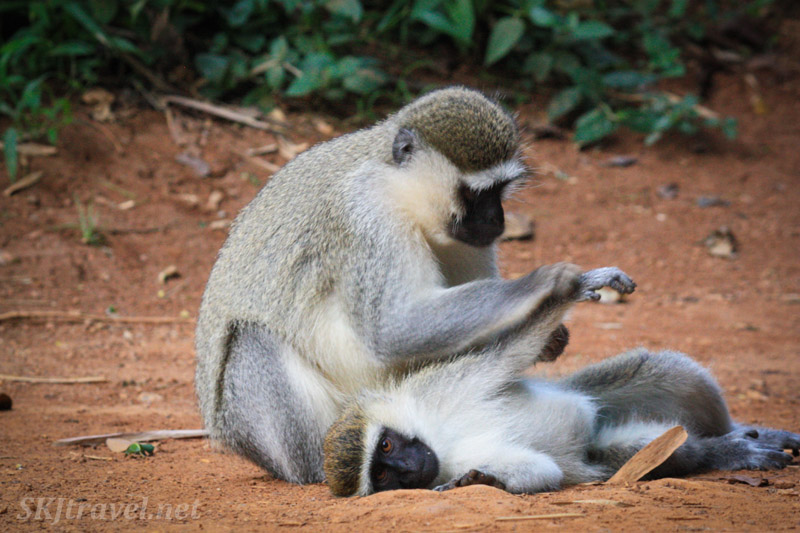 I find the babies somewhat disturbing with their blue skin and wrinkly, humanoid faces ... but still cute. Even though they have blue skin! 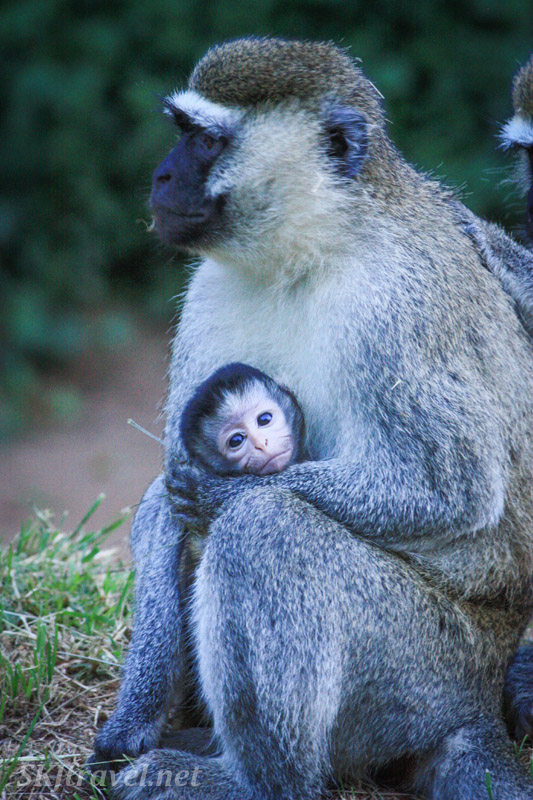 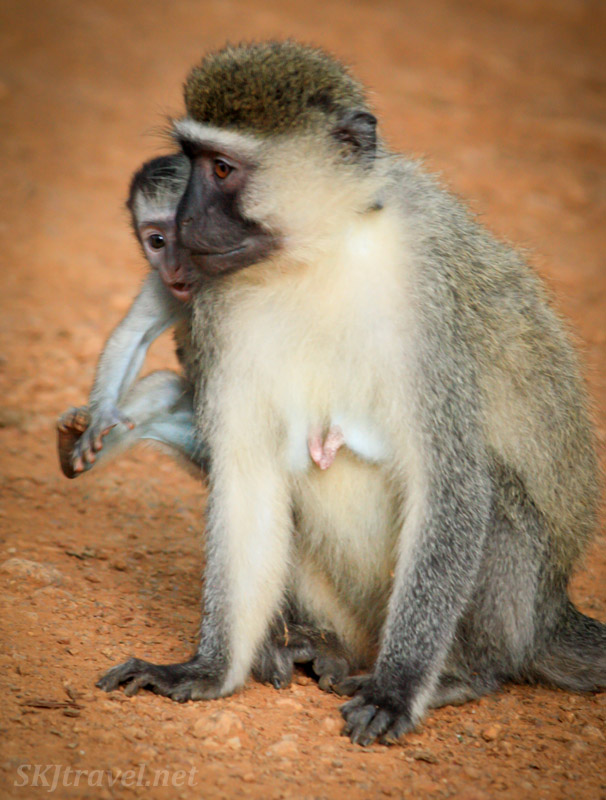 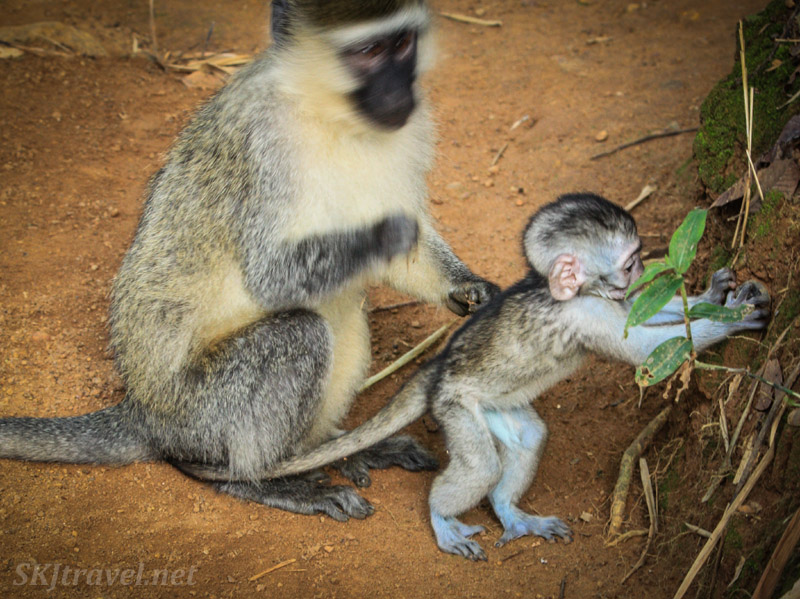 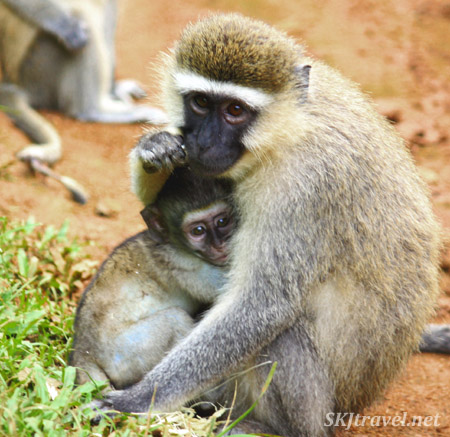 The series of photos below I published on my Facebook page under the album title, "Vervet gets what he wants and it's so worth it." (where I engaged in far more witty captions)  The covetous look on the little monkey's face in the first pic is so palpable, it's almost unbearably cute. And his subsequent enjoyment of the stolen piece of mango is just as tangible -- he's right smack dab in the middle of heaven. 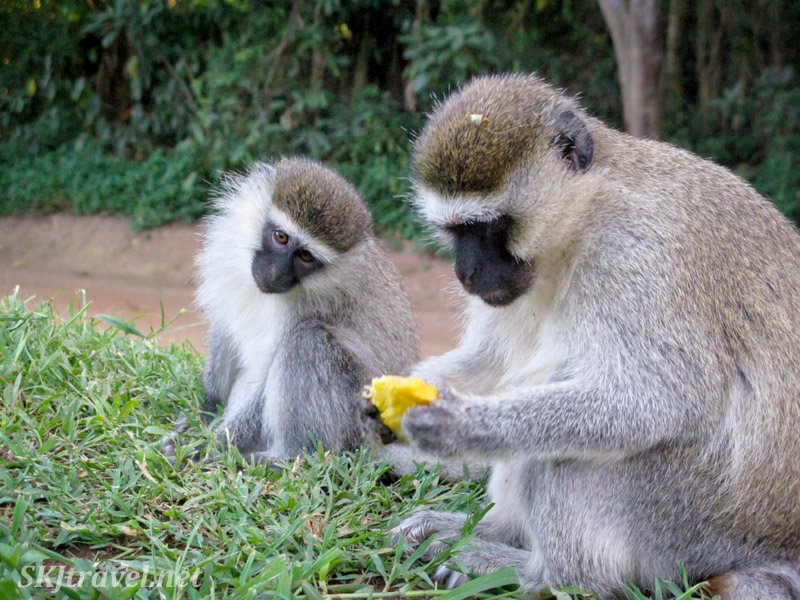 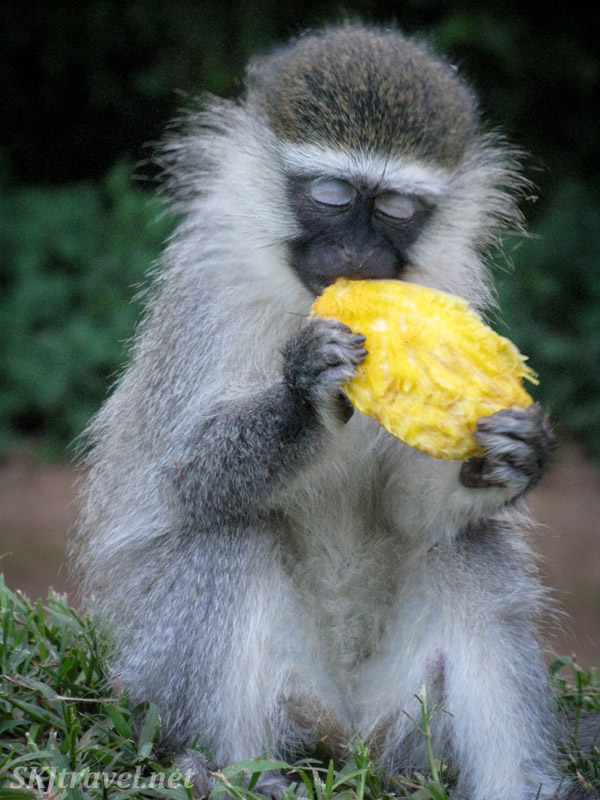 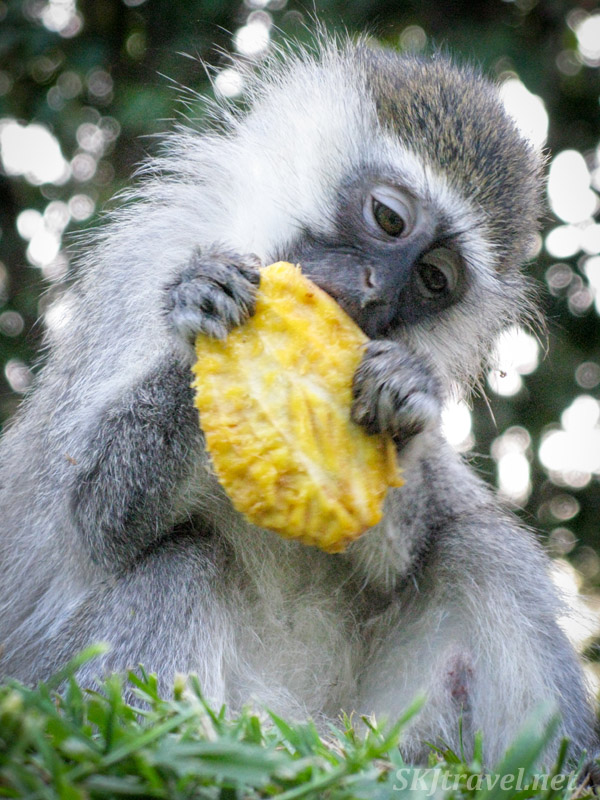 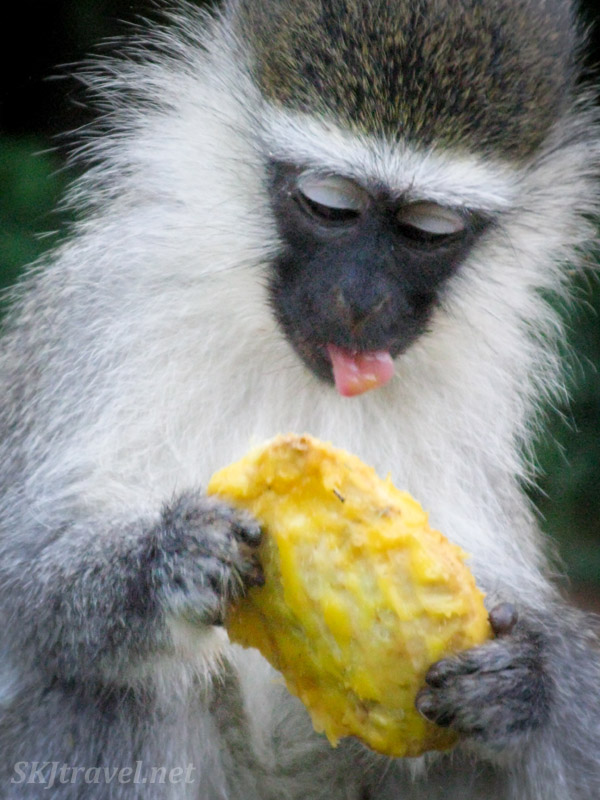 Mangoes are a particular favorite of the vervets, as they were also of the chimps at the UWEC. Another vervet sequesters himself in some leaves to enjoy his prize, hopefully away from the sticky fingers of other hungry vervets. 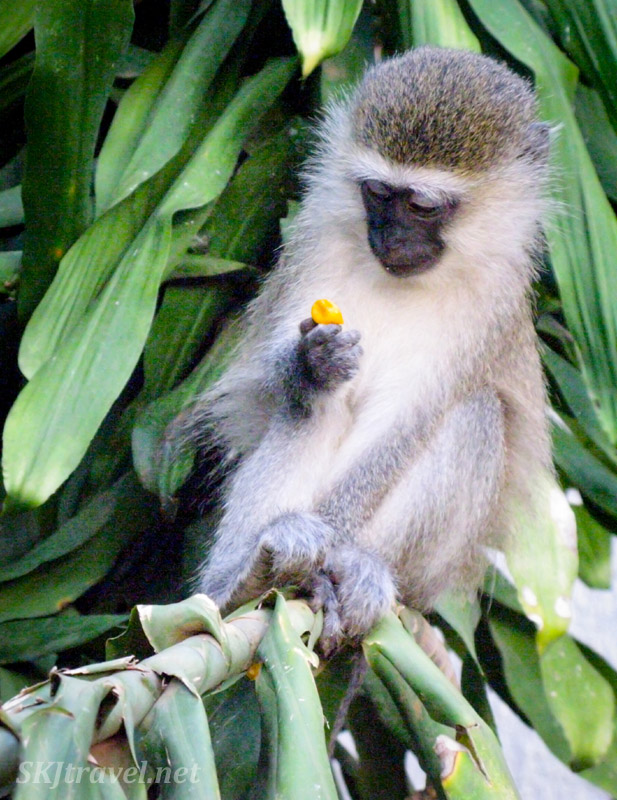 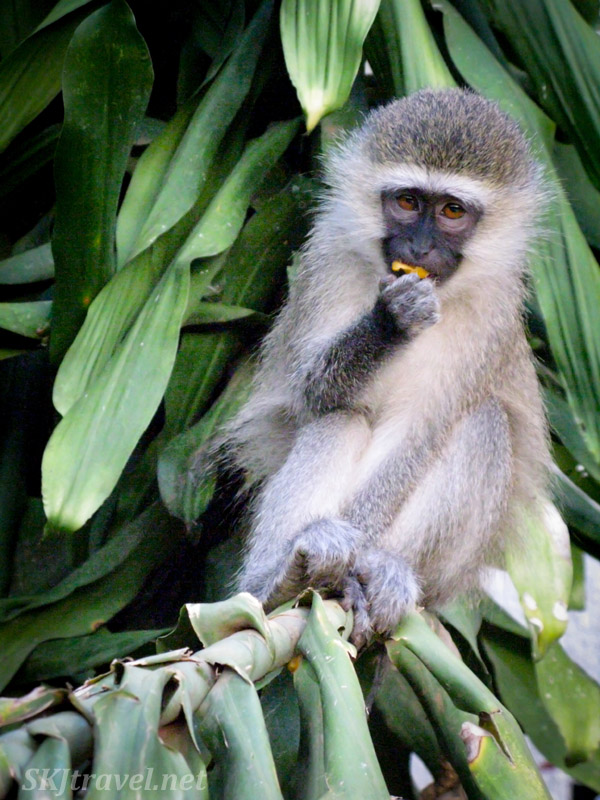 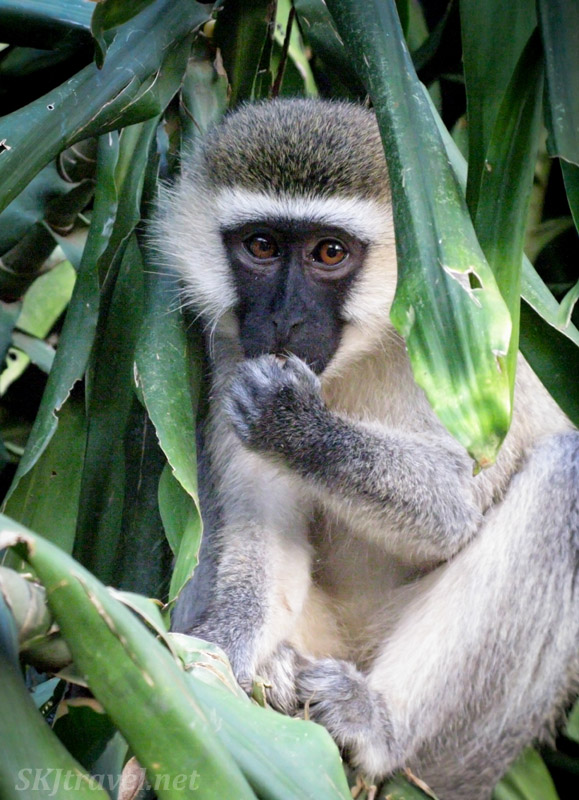 Here are some other little treats they find around the grounds ... flowers and weeds. Their little hands just crack me up, so much like human hands. But furrier and cuter. 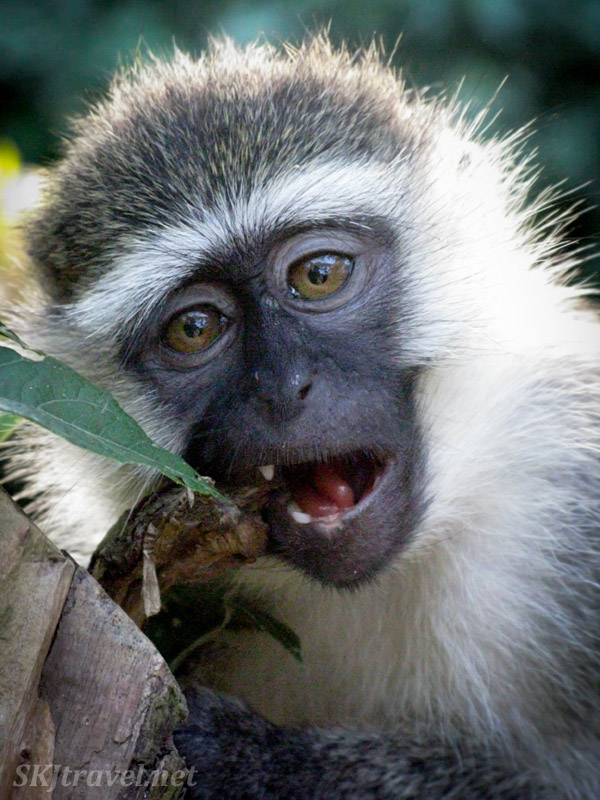 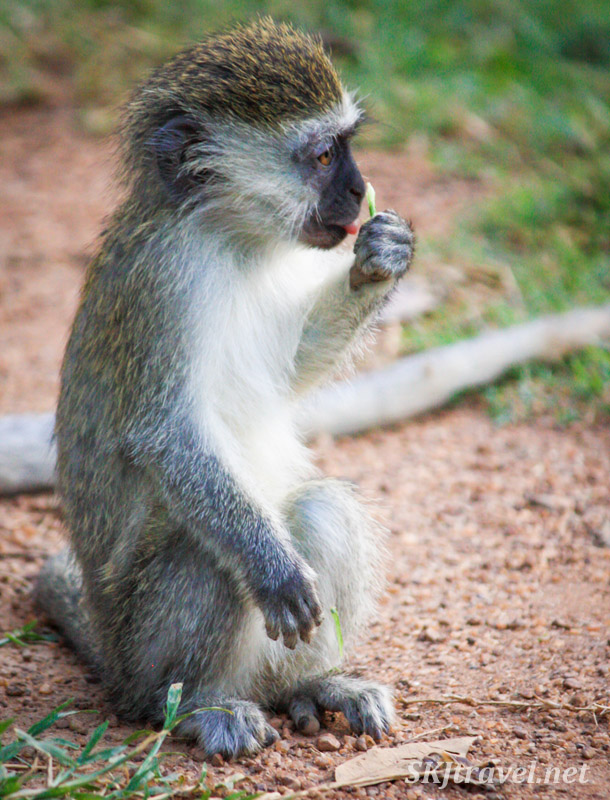 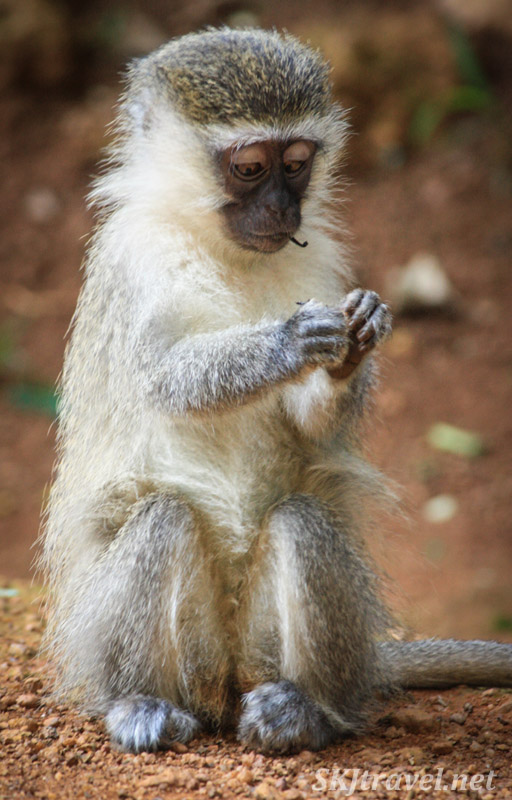 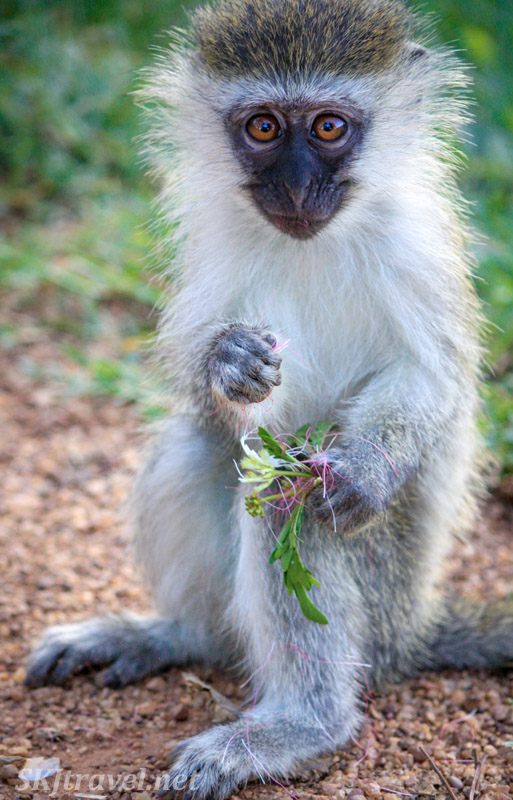 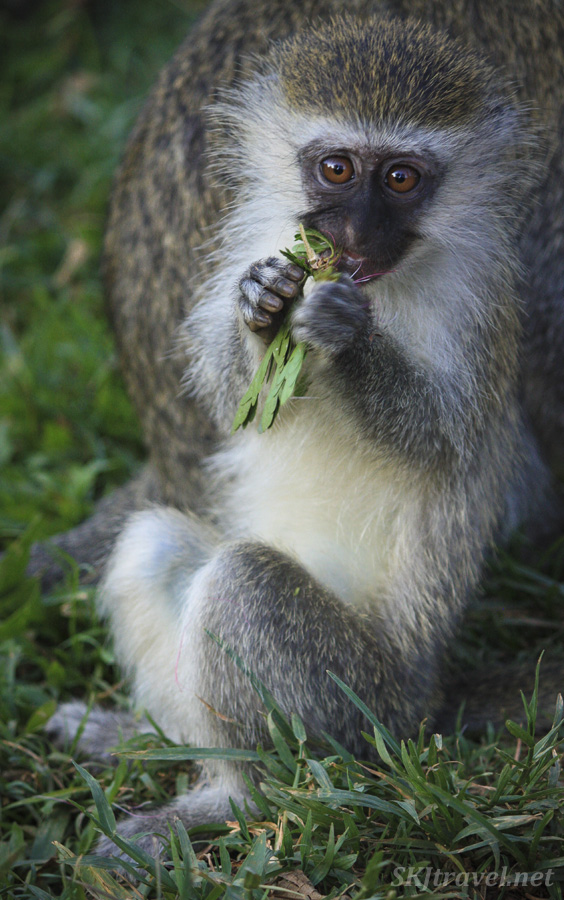 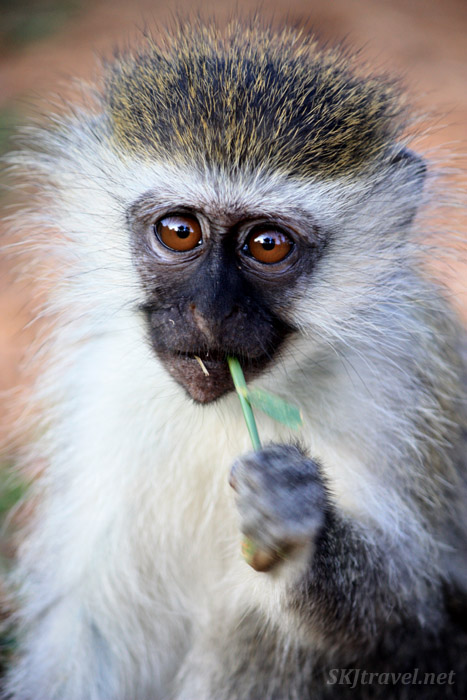 As the last word on vervets eating, I would like to proudly point out that they never stole a morsel of food from me though they habitually tried valiantly to raid my breakfast. I learned several techniques for maintaining ownership of my food. In the end, the only critter to steal anything off my plate was a marabou stork!! I had no idea they would be so rude, so when one wandered near the table one evening I wasn't concerned. In a flash, he had stolen an entire piece of fried chicken off my plate and was forcing it down his gullet. I was so shocked I almost fell prey to him stealing my other piece as I stared in disbelief at him. But I watched many other visitors to the UWEC lose their food to the vervets. If you're going to be in vervet country, let me know and I'll tell you my food hoarding technique! :)

Lastly,  here are some other shots I like. Hope you find them as endearing as I do. :) 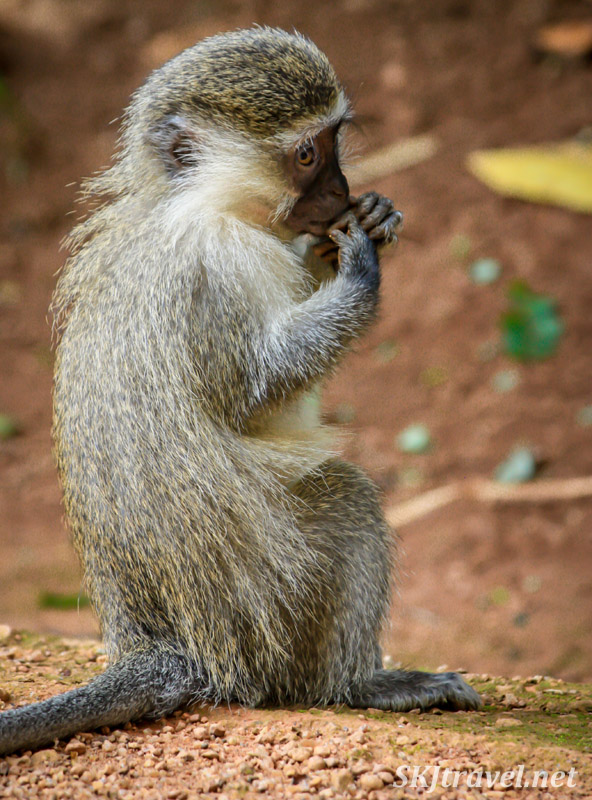 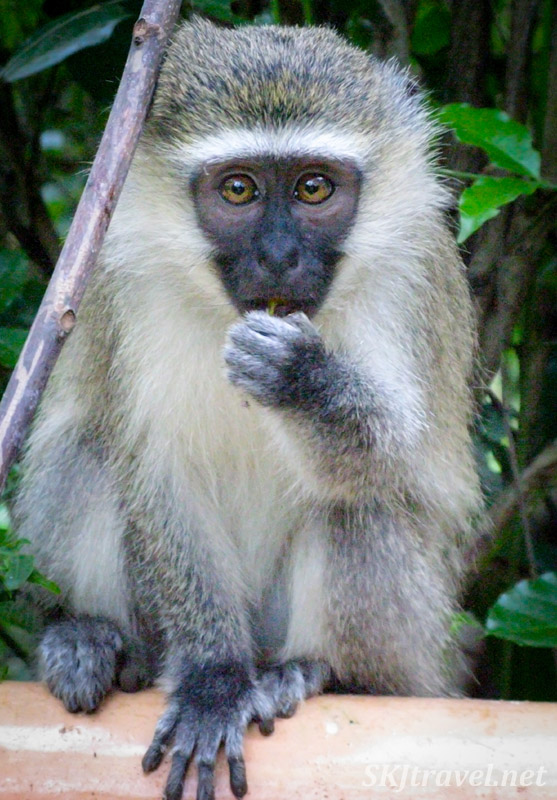 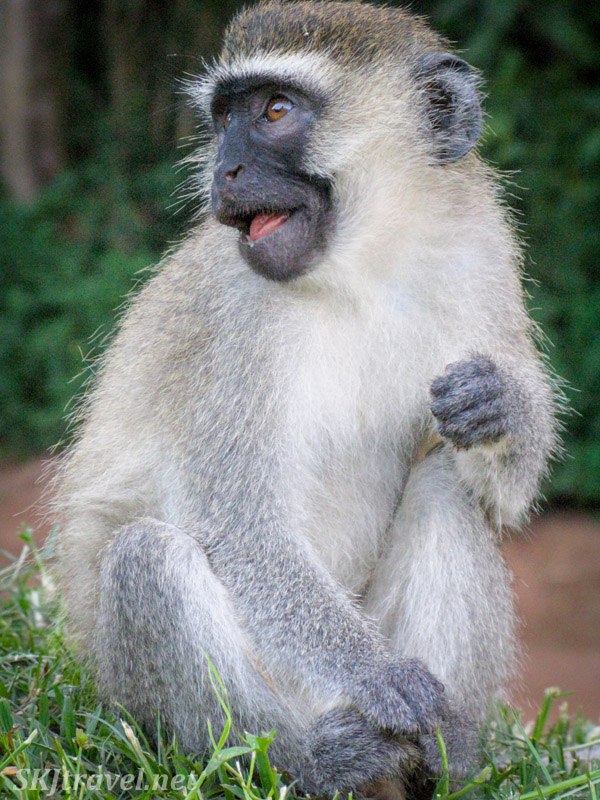 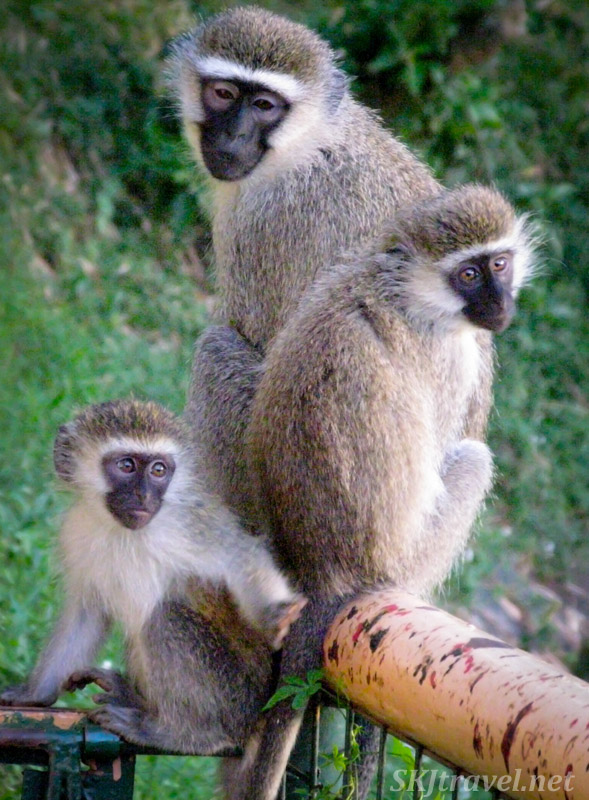 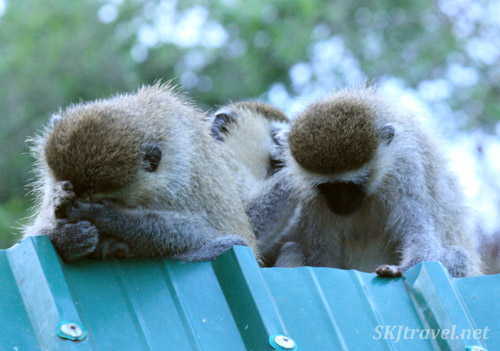 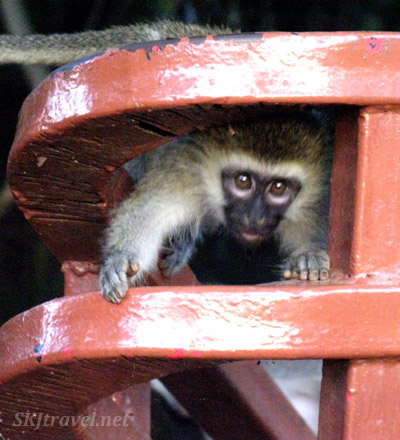 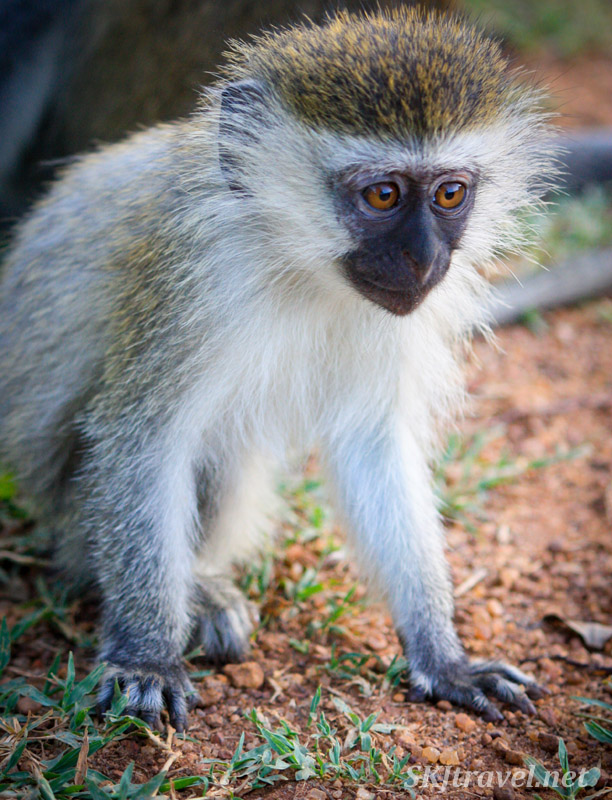